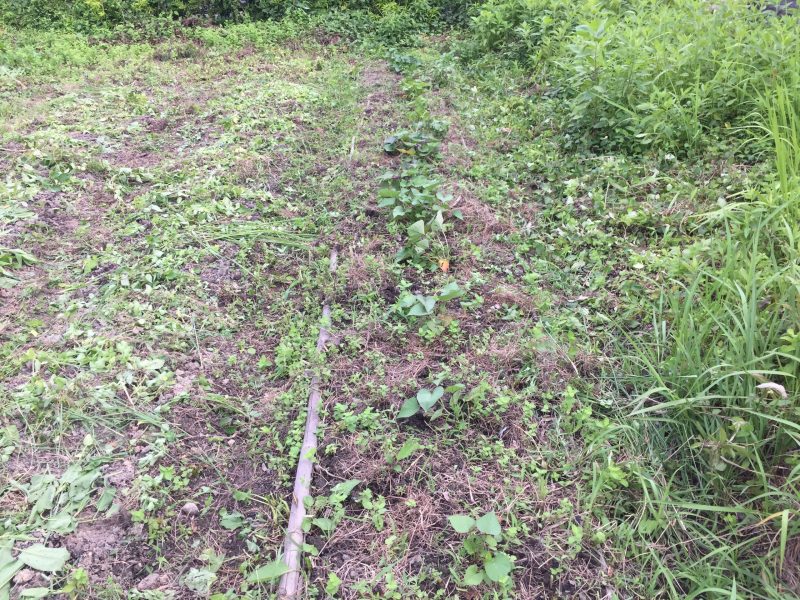 The sweet potatoes I planted are growing now. 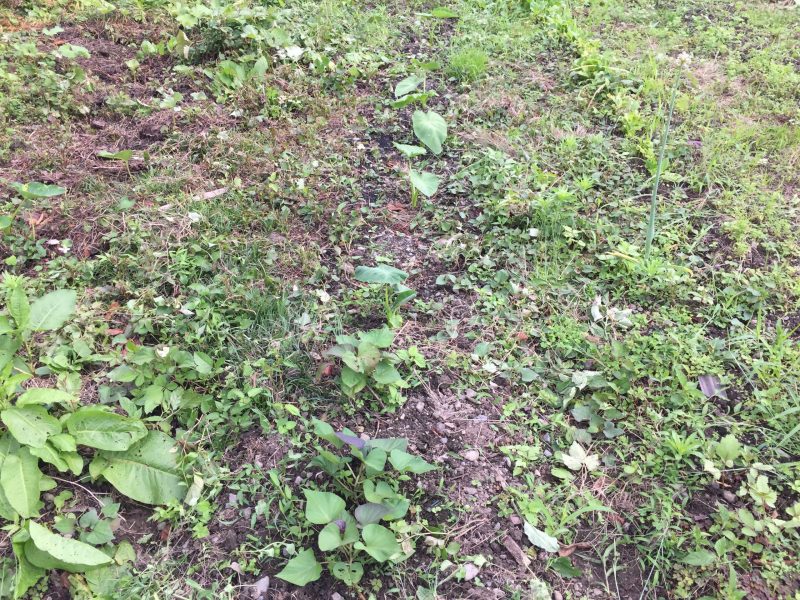 So are the taro potatoes.

Recently, ancestral living is catching on and diets like the paleo diet and carnivore diet are gaining popularity.

When they practice intermittent fasting, for example, they often say that is how our ancestors lived because they were often hungry when they couldn’t hunt any animals.

We don’t think our ancestors were just eating meat, they were omnivore people eating mostly nuts, seeds, fruits, and wild herbs. The Jomon lifestyle advocates tend to lead a more plant-based lifestyle.  They seem to focus on the naturalness of the plants. For example, they are interested in native grains such as barley, pearl barley, black rice, red rice, millet, and buckwheat. They seem to be interested in what is now known as agroforestry where you grow eatable plants in the forest. This was done by Masanobu Fukuoka, the author of The One Straw Revolution, he let the plants grow as wildly as possible.  He is the pioneer of natural farming and he brought farming back to the ancient style.

On the other hand, I don’t think they do much hunting, which is doable if you live in the countryside. There must be carnivore diet practitioners in Japan, too, but the Jomon lifestyle advocates I know, I know many of them, don’t practice the carnivore diet.  They are not vegans either, although some of them are. Most of them are omnivores leaning more toward plant-based.

If you look at the blue zones, most people lead a farming lifestyle, rather than a hunter and gatherer lifestyle.

That is how we have lived for such a long time and it is unrealistic to go back to a hunter and gatherer lifestyle today.

Well, you can practice a hunter and gatherer lifestyle in the countryside to a certain extent. You can hunt deer and boars, which is appreciated by the farmers.  I know some who hunt deer and boars, but they do it along with their farming lifestyle. They don’t base their diet on the hunted animals.  I think it is because farming is more feasible.

Hunting animals isn’t reliable and it is a lot harder work to slaughter animals than harvesting plants. Since rice is the most stable plant to grow and store, they base their diet mostly on rice, then vegetables, beans, mushrooms, nuts, seeds, fruit, and fish. And occasionally deer or boars.

That is the kind of self-sufficient lifestyle practiced in the Japanese countryside for the last 1000 years or so. Farming has always been small-scale, family or community based, poly-cultural, organic, or natural, meaning no tilling no fertilizer farming.

Therefore, when we talk about farming, it is quite different from modern big-scale Western-style agriculture.

I wouldn’t say this lifestyle is better than what is considered to be a hunter and gatherer lifestyle in terms of our genetic makeup and so on, but I think it is a lot more realistic to go back to than going back to 10000 years ago.

Well, the thing is most people who practice the Paleo diet or carnivore diet eat meat from farm animals, don’t they?   And they buy it. In that case, it isn’t difficult to do, yet, is it really ancestral living? Wild animals are a lot leaner than farm animals, too.

We definitely need to question our modern lifestyle and shift to a more natural way, but what I feel is most practical is to first go back to the farming lifestyle about 100 years ago. You know, pre-industrial age, where you led small family-scale organic poly cultural farming.  You can raise some cattle, pigs, and chickens, too if you like.

You can practice agroforestry to grow more mushrooms, nuts, and fruit in the forest.  You can grow native grains including spelt wheat. Practice Shindofuji, living locally and seasonally, celebrating equinoxes, solstices, new moons, and full moons.

The Ikigai Diet on Vegan vs Carnivore