On Sunday, I saw Simon in Kyoto for the first time in about 30 years. He was on holiday in Japan with his wife. We went to Kobo-Ichi Market at Toji Temple.

I met Simon in Brighton, England; we were sharing a flat with 5 other people including Sam whom I saw in Kyoto 2 year ago. Both Simon and Sam were involved in a group called PASAN, Personal and Social Alternative Network at Sussex University. 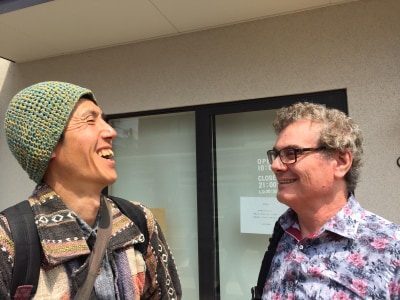 It was wonderful seeing Simon after such a long time. We had a lot to catch up, and he showed interests in the Ikigai Diet, as well. We will see each other again when I go to England this summer.

As I said before, health and environment are interrelated, and sustainability is a key component of the Ikigai Diet. Interestingly, PASAN was about how personal transformation and social transformation were connected. 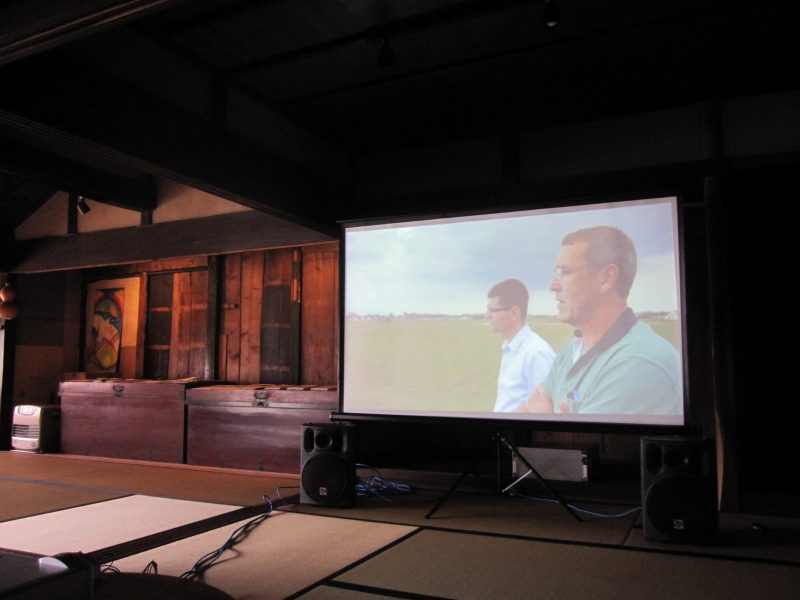 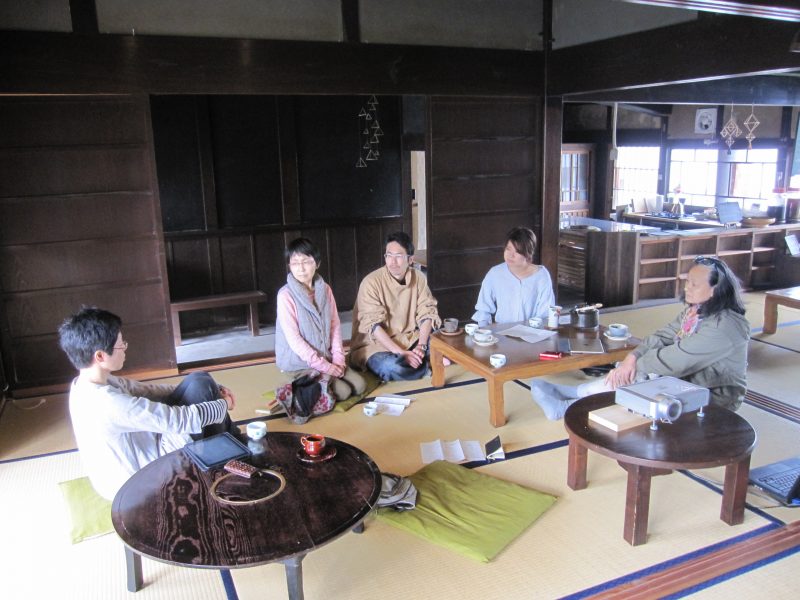 Today, I attended a film showing event at da-na, a Kominka cafe in Hino Town where I live. We watched a Dutch documentary film called Power to the People, which is about an off-grid renewable energy movement taking place in Denmark and the Netherlands.

The person who organized the event, who is a friend of mine, introduced us SDGs, Sustainable Development Games, and we decided to hold its workshop in Hino.

I didn’t know about SDGs, and I still don’t know much about it, but I have a feeling that it will help unite the people in our town to shift toward a sustainable future.

Well, since it is happening right after seeing Simon, there has got to be something, just like Sam brought some synchronicity. Come to think of it; Sam is the one who told me about Ikigai being a new buzz word in the West. Then I looked into this trend, and one thing led to another, I ended up writing two books on Ikigai; IKIGAI BUSINESS and IKIGAI DIET.

Wait a minute! IKIGAI BUSINESS is about Sanpo-Yoshi, three-way satisfaction.

SDGs seem to have the concept of Sanpo-Yoshi economy.