We just had an Autumn festival at our local shrine. We have festivals three times a year, the New Year Festival on January 1st, the Spring Festival on April 1st, and the Autumn Festival on December 1st. 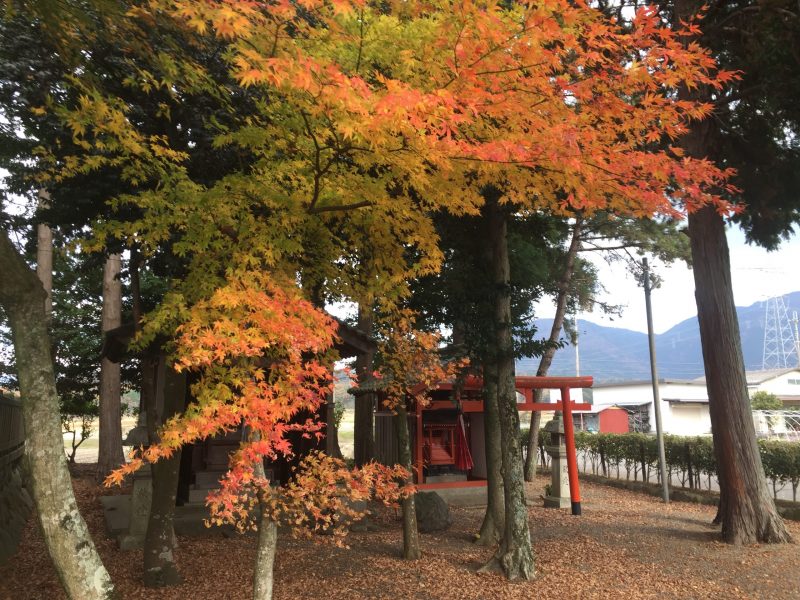 When I say a festival, it is a ceremony conducted by a Shinto priest, and it is very much a religious ritual. Only the board members of the neighborhood association attend, and nobody else comes. There are no street vendors either.

Hino Festival, which is held at the main shrine of our town, is more like what people think of a festival with many people and stalls, but festivals held at this type of local shrine in each neighborhood are usually like this, just a ritual.

This connection to the shrine is unique to the countryside. We don’t have this kind of community in big cities. When I grew up in Tokyo, I didn’t even know what my local shrine was. We had one big shrine in our city and big festivals were held there, but I didn’t know if there were other smaller shrines in my neighborhood.

However, having a local shrine is important in Shintoism, because that is where your local god called Ujigami resides and is supposed to look after you.

We have a god called Amaterasu Omikami who protects the entire nation, and she resides at Ise Shrine in Mie Prefecture. We call the place Oise-san, and many people go there once a year to pray, often in the new year. It is called Isemairi. Especially in the Kinki Region(Shiga is in the Kinki Region), it isn’t so far to get there, and therefore, it is common to visit there annually.

Anyway, Ujigami, the local god is the one who usually looks after you, and it is advised that you pray for Ujigami-Sama on a daily basis.

I decided to pray at the local shrine every morning after my Nordic walking, because I saw another neighbor doing it after going jogging every morning. Since I am praying at the morning Sun and doing my Shinon Kansha meditation, I might as well pray at the shrine, especially since the shrine is in front of our house.