When you hear a word Washoku, you might think of Sushi, Ramen, or Sukiyaki. Well, none of them is a typical Japanese food as far as I am concerned.

First, Sushi isn’t eaten a lot at home. You usually eat Sushi at Sushi restaurants or buy Sushi from supermarkets; it isn’t something people prepare at home. Traditionally Sushi was a dish for Hare. We have things called Hare and Ke; Hare means special occasions such as festivals or celebrations, Ke means usual days. We ate simple dishes on the days of Ke and had feasts on the days of Hare. Sushi was a luxurious dish eaten only on special occasions. Nowadays, however, we don’t distinguish Hare and Ke so much, and people eat Sushi whenever they feel like, so it has become much more casual food.

Ramen was originally a Chinese dish, and again, it is more eaten at restaurants than at home. The fact that it contains a lot of fat isn’t a typical Japanese style cooking, either.

Sukiyaki was and still is a dish for Hare, and we don’t eat it every day. We didn’t have Sukiyaki until Meiji Period because we were vegetarians before that. This dish was born after the meat was introduced from the West, and in that sense, it is more of a Western dish than a Japanese dish.

So what would be a typical Japanese dish?

Miso Soup is in my opinion. 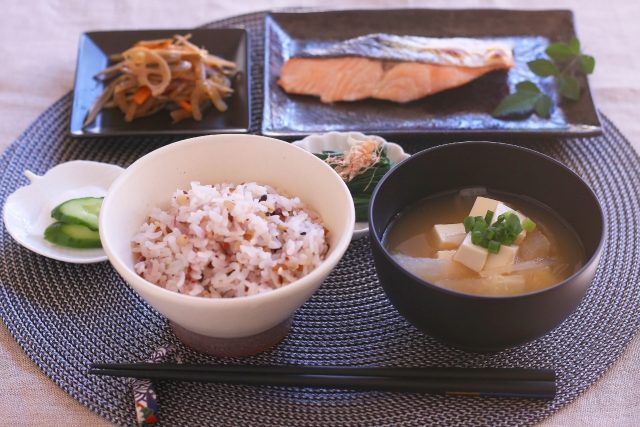 Well, to be exact, Teishoku, which is rice, Miso Soup, pickles, and some side dishes since we don’t eat Miso Soup on its own. Within this Teishoku, I think Miso Soup is the most significant as a dish because side dishes change every day, while Miso Soup remains part of Teishoku all the time.

Rice and pickles, too but we can’t call them dishes. You just cook rice without using any seasonings. Pickles are made beforehand, and you don’t do anything special to prepare for them on the day you eat. Miso Soup is the only dish which requires some preparation.

Recently the health benefits of Miso Soup are drawing a lot of attention, but I think the Japanese people have always known its benefits and the fact that we have been eating Miso Soup every day is the secret to our health and longevity.

Miso has special meanings in Japanese. Other than this soybean curd paste, it means the brain or the point of something. From that, we can tell that people regarded Miso to be something so vital in the past.

And Miso Soup is definitely a crucial part of Ikigai Diet.