Miso soup is one of the most common dishes in Japan, and you see it in almost every meal. Since rice isn’t really a dish, miso soup is probably the most representative dish in Washoku cooking.

When you think of Washoku, you might think of Sushi, Sukiyaki, or Ramen, but none of them is a common dish. We only eat Sushi on the days of Hare, which means festival days, and so is Sukiyaki. Ramen isn’t originally from Japan although it is very much part of Japanese dining culture now. We usually eat Ramen when we go out at a Ramen restaurant, we don’t eat it so much at home. If we eat it, only once a week or so. However, we eat rice and miso soup every day, or in almost every meal.

The reason why I wrote a novel called Miso soup Romance, and not Ramen Romance or Shishi Romance is because miso soup is the soul of our culture.

Nutritionally speaking too, it is much better than the other two, or the other three. It has miso, fermented soybean curd, seaweed, and lots of vegetables. There are so many different kinds of miso soup, and you can put almost anything in it, today, I’ll share with you a recipe of the most common country style miso soup called Inaka Misoshiru. Inaka means the countryside and Misoshiru means miso soup. The difference between Inaka Misoshiru and regular miso soup is that there are a lot of vegetables in Inaka Misoshiru. It is rich in that sense, and it can almost become a dish of its own. 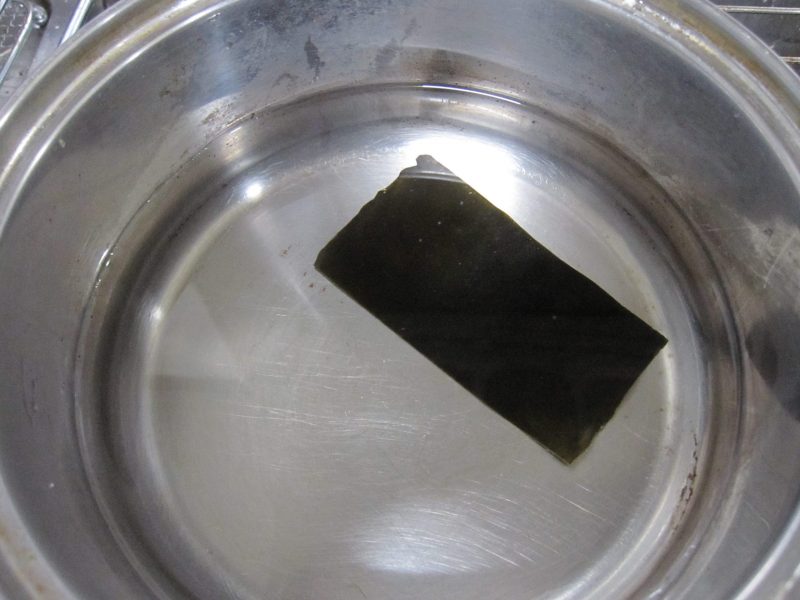 First, you soak Konbu. To make miso soup, you need Dashi, and you can use bonito flakes or Konbu for Dashi. Today, I am making vegan miso soup. 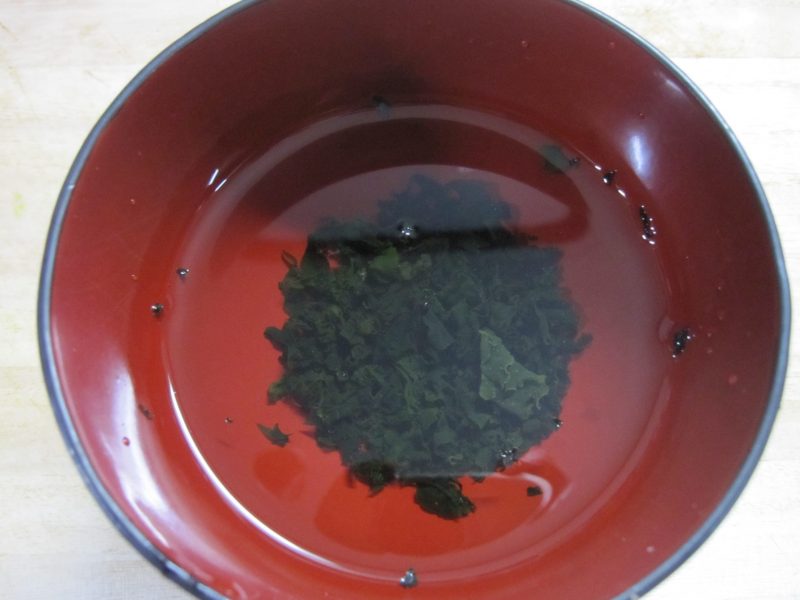 Next, you soak Wakame. 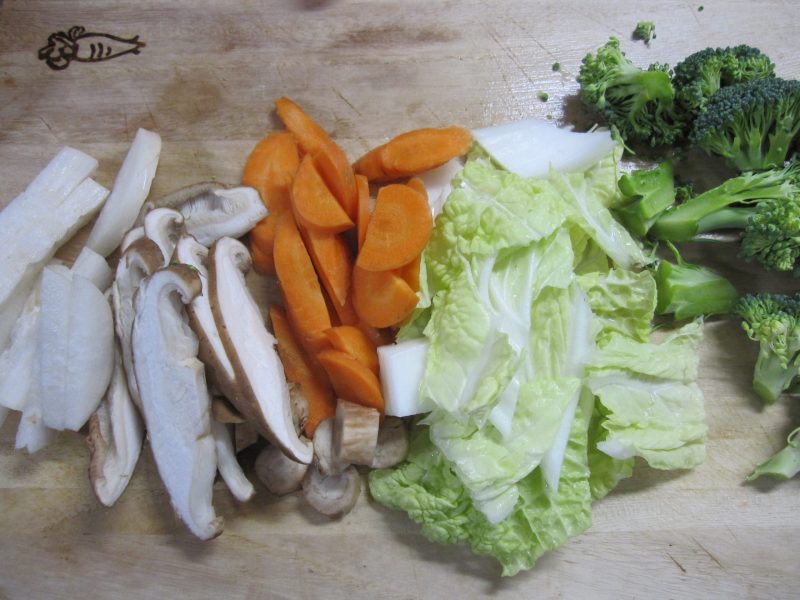 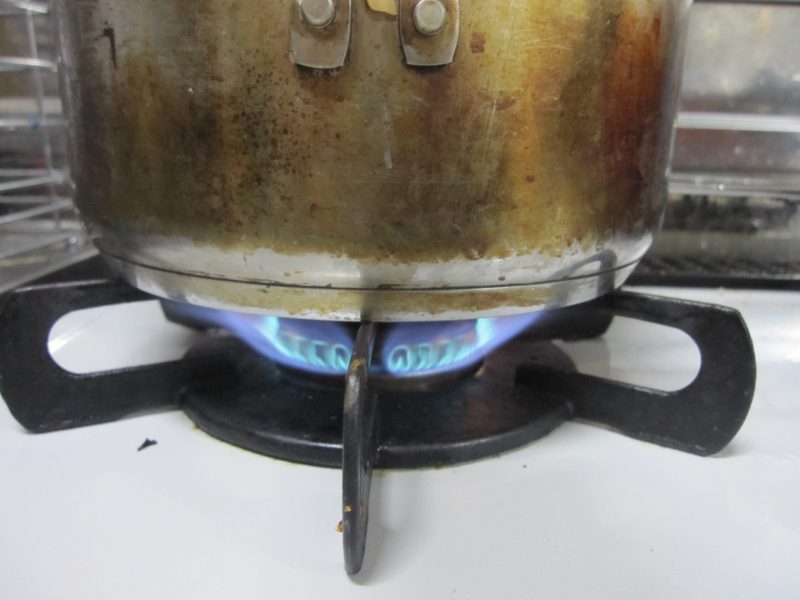 After soaking Konbu for about 30 minutes, you turn the gas on. Some people soak it overnight, but I usually soak it for 30 minutes or even less. It doesn’t really matter. 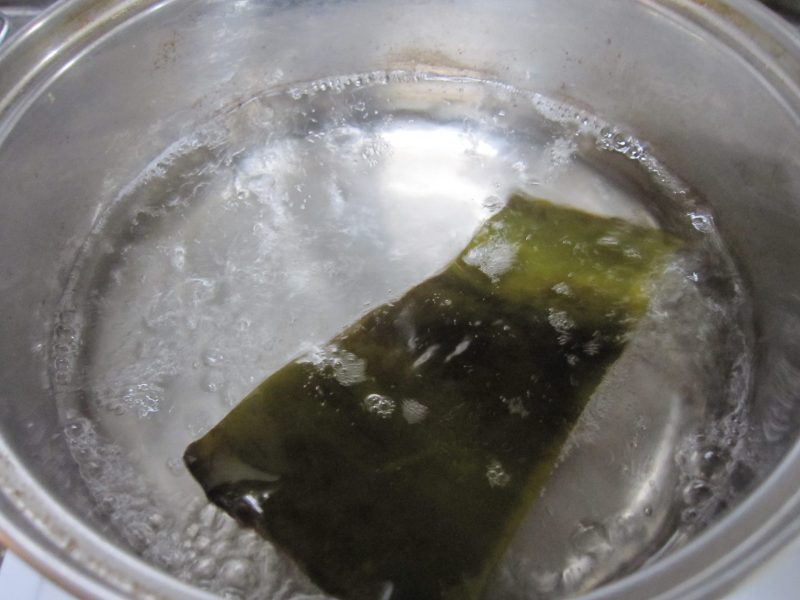 When the water is boiled, 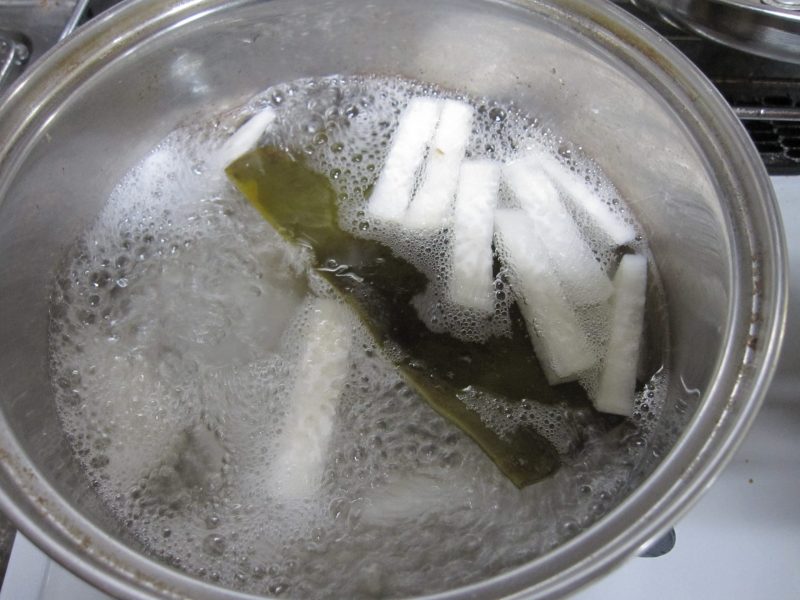 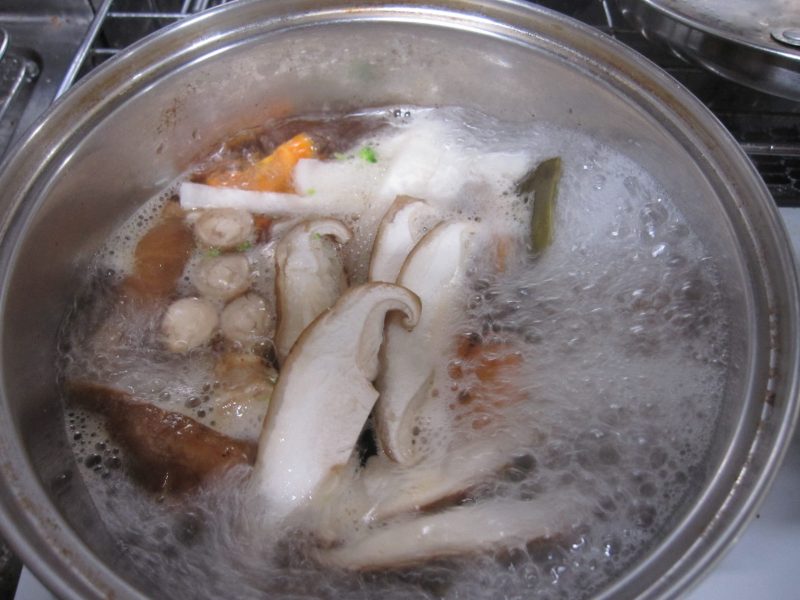 Then, put carrots and shiitake. 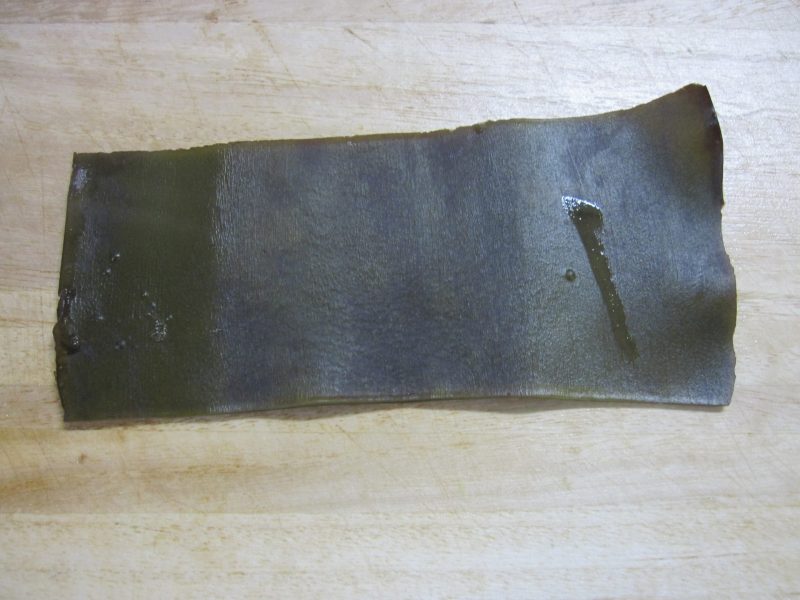 At that time, you take Konbu out. 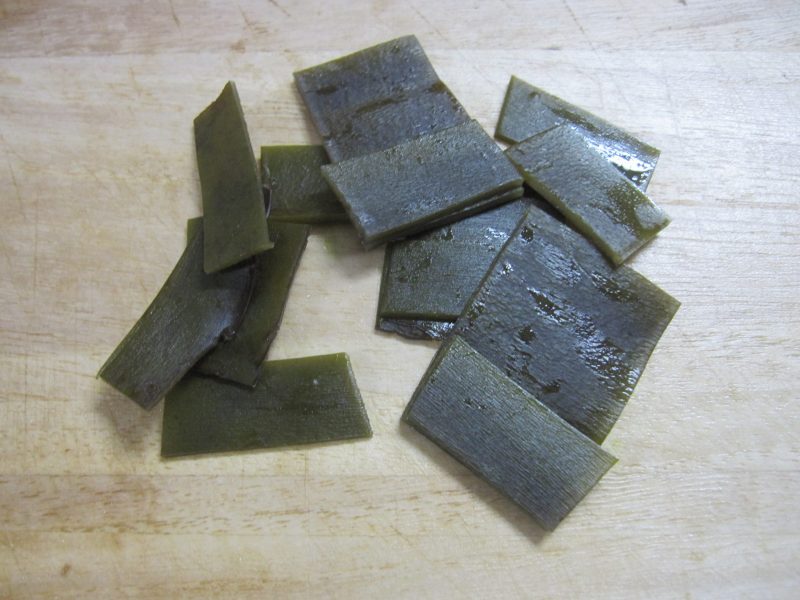 And cut it into small pieces. 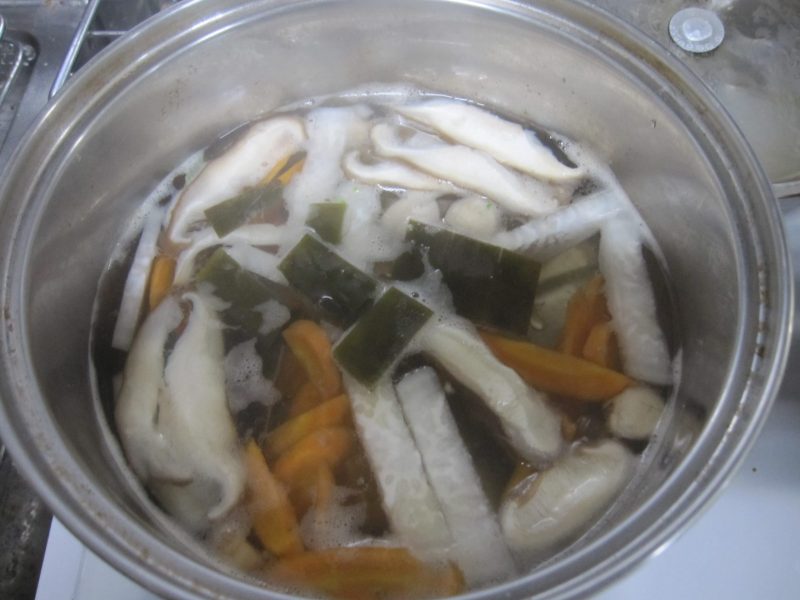 And put them back in. 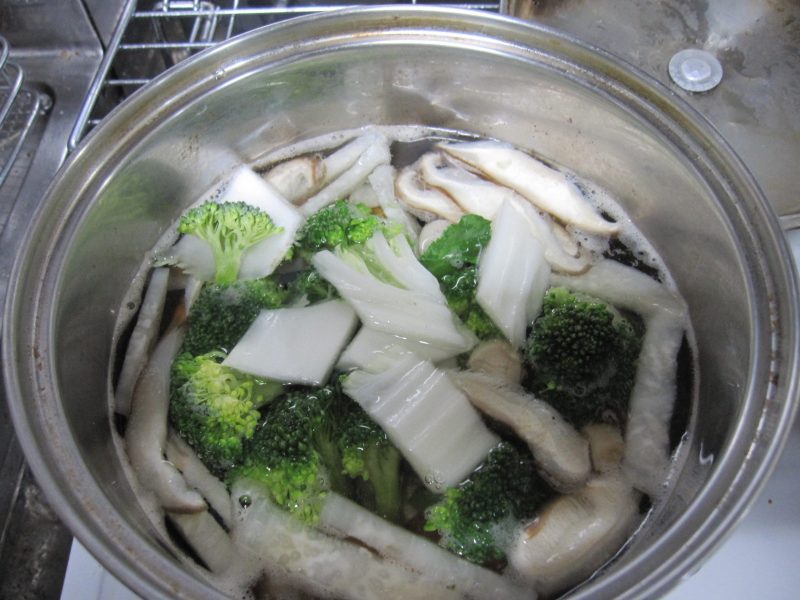 You then put broccoli and hard parts of Chinese cabbage. 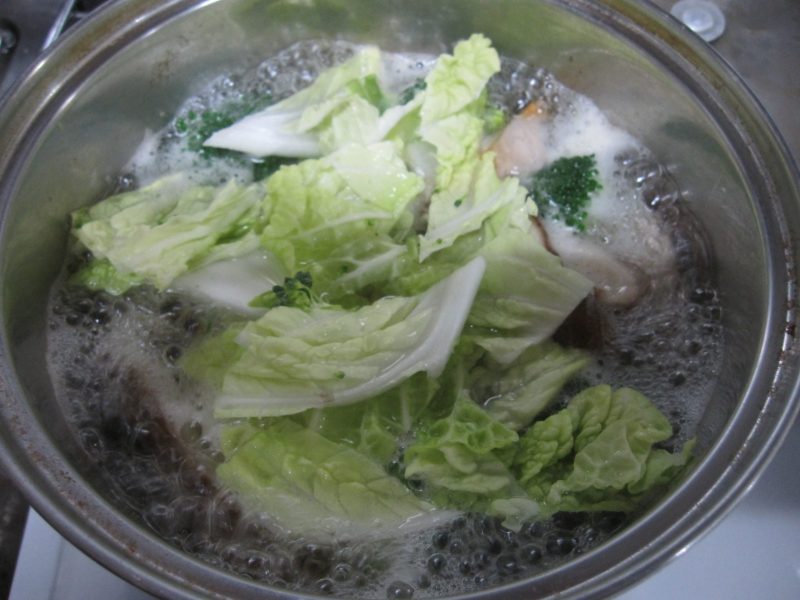 Next, you put the leafy parts of Chinese cabbage. 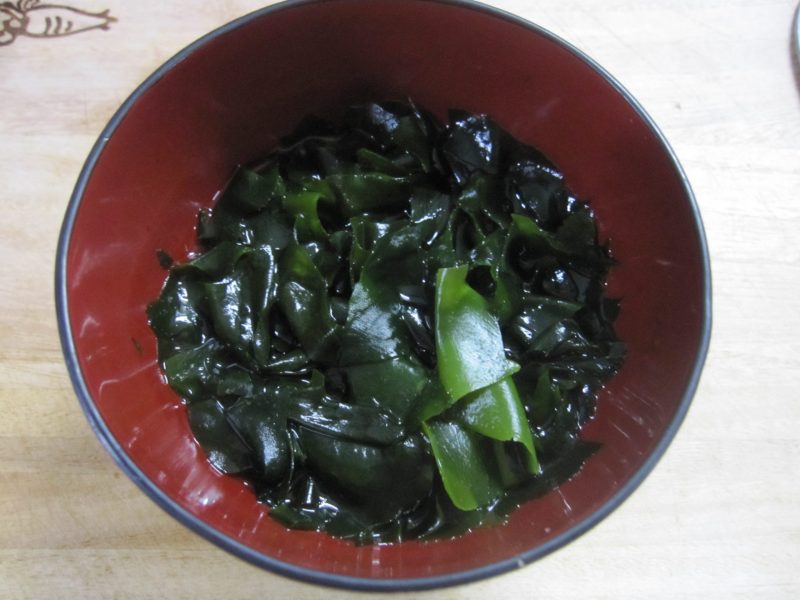 Now, look at the Wakame. They are very soft now, aren’t they? 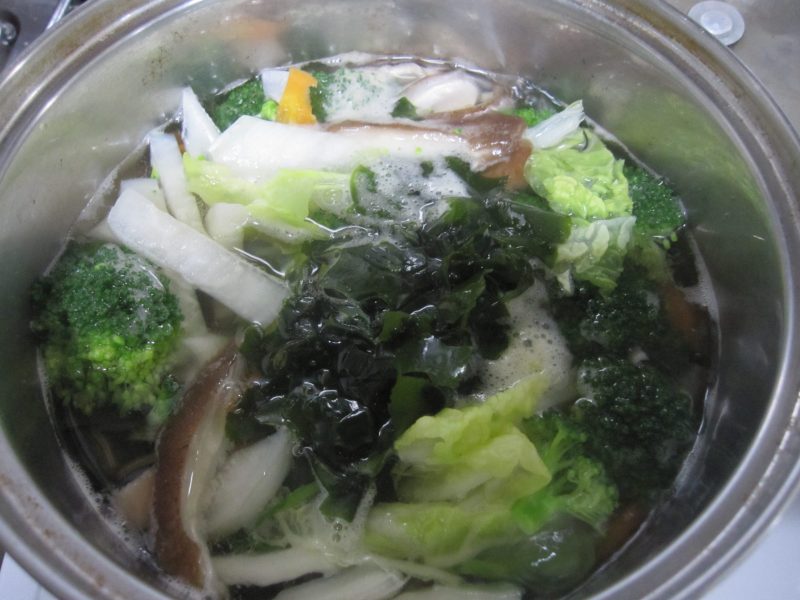 You put Wakame into the soup. 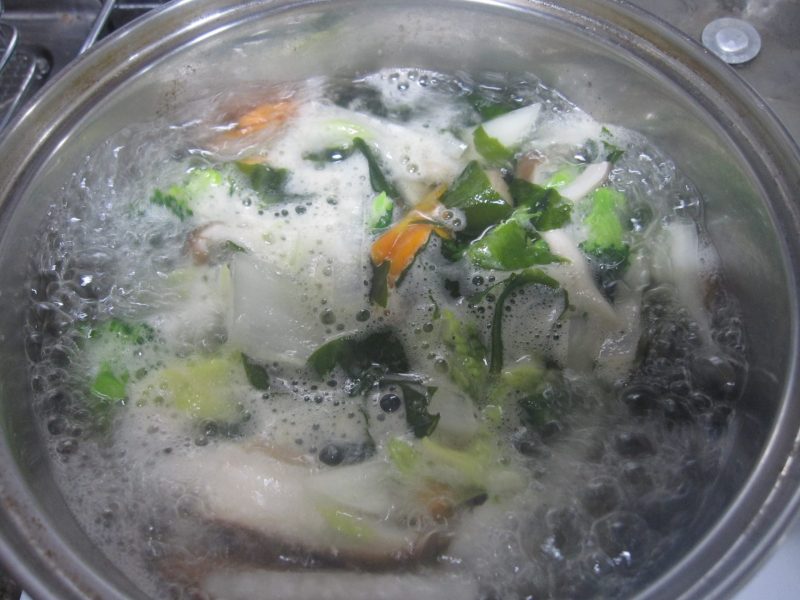 You let the water come to a boil one more time, and turn off the gas. 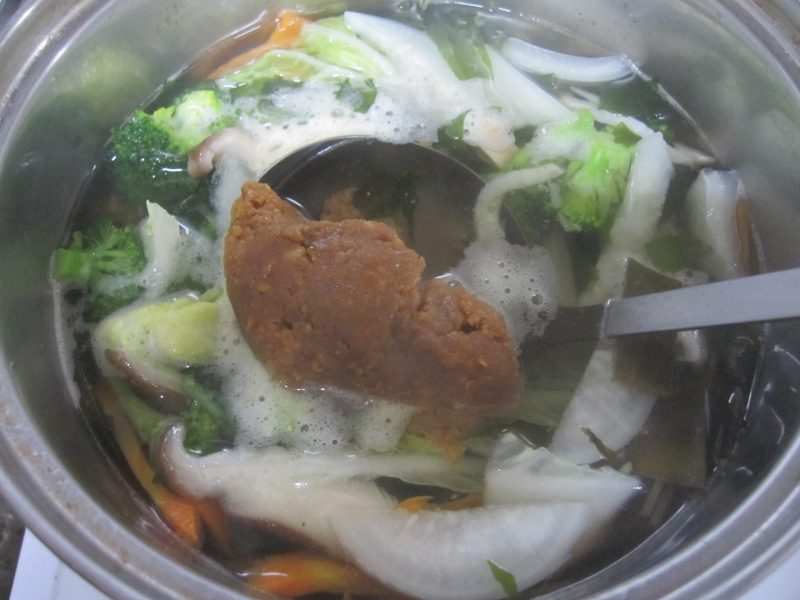 Now, you put miso on a ladle, and put the ladle into the soup. Using chopsticks, you stir the miso and slowly mix it with the water. 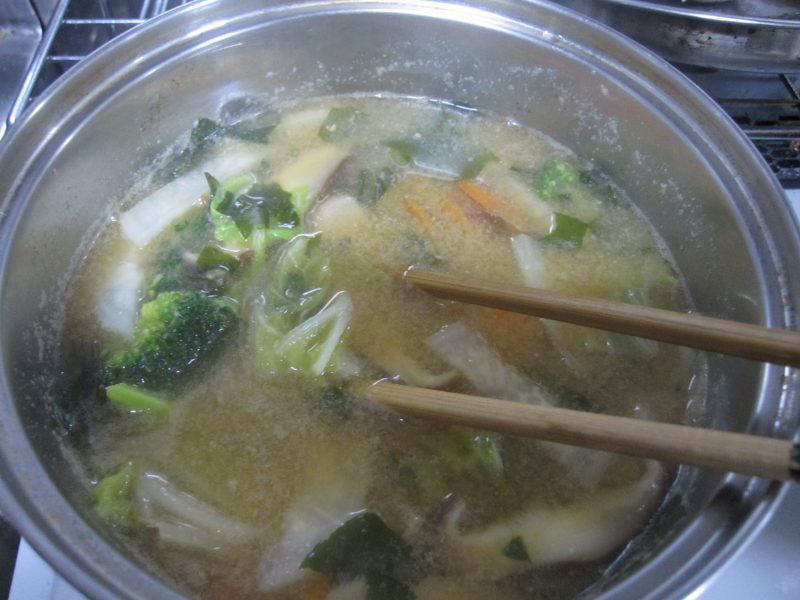 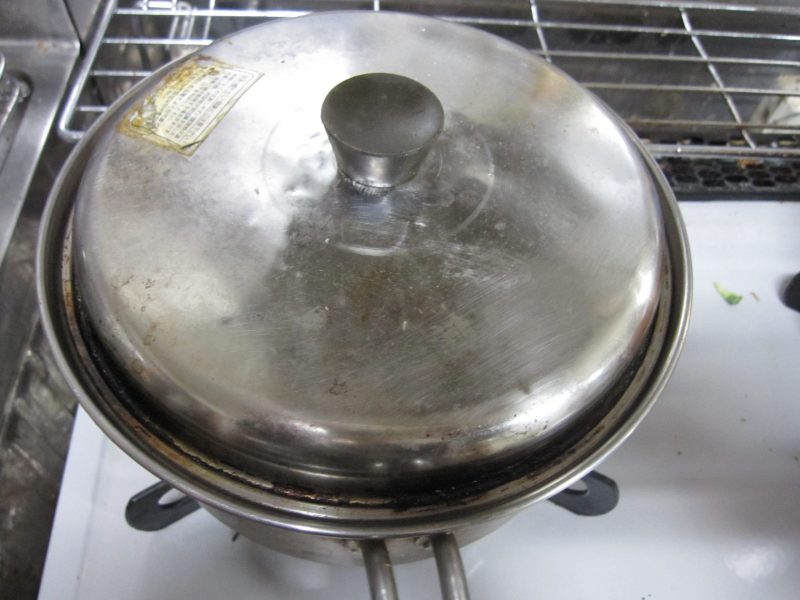 You put the lid on and wait for 1 minute. 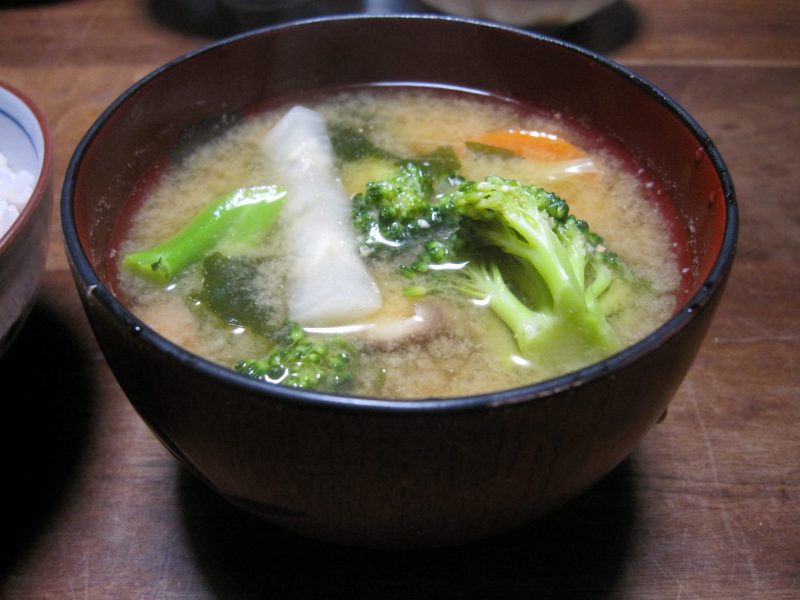 That’s it. Then you serve it into a bowl. 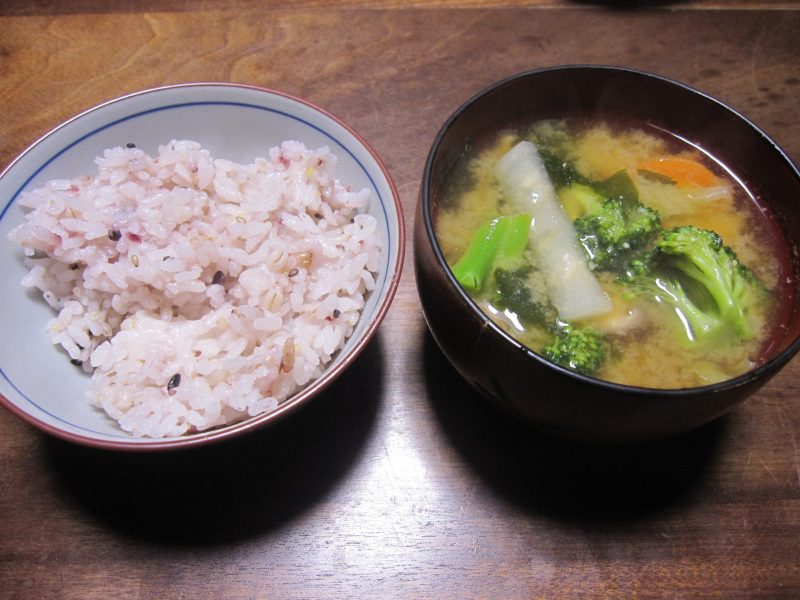 You usually have it with rice, putting it on the right side of the rice. Today, I am having it with Zakkokumai. 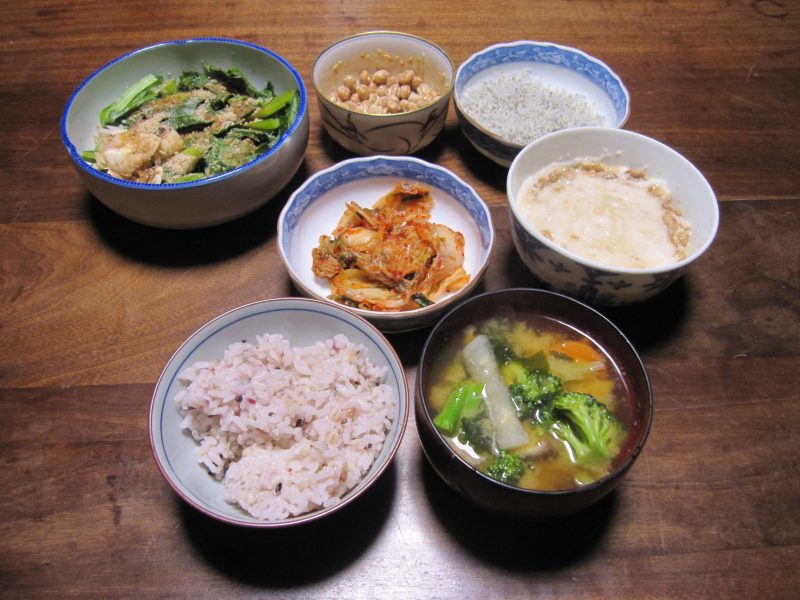 And with many other dishes. I already told you that seaweed has a lot of magnesium and by eating miso soup every day, we get plenty of seaweeds, both Konbu and Wakame. Miso soup is a super dish.

How to make miso soup a vegan way