Japanese Blue Zones’ Diet. Between 1935 and 1971, a medical professor at Tohoku University traveled around Japan and discovered many long-lived villages. He marked those villages with blue color in his map. 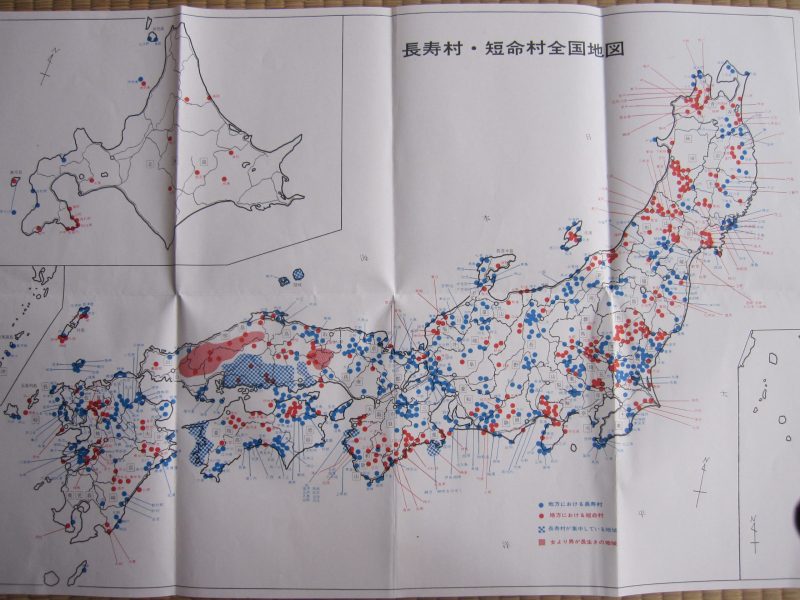 He also discovered short lived villages and he marked them with red color. According to the professor, there was a distinct difference between the diet of the two. What were the people in blue spots eating?

I made a video about it.