Today’s mashup is even better: Goya and Natto. As I have repeatedly said natto is the king of superfood and it was chosen as the number one in the vote of the top 1o healthiest foods, determined by 300 doctors in Japan in January 2019.

The Okinawan superstar and the king’s combination is more than a dream, and probably I am the only person who came up with this recipe.

Yes, taste-wise, it isn’t as good as Salmon Goya Champuru or Stirfried Goya and Mackerel, but its health benefits surpass those of the former two and it is vegan.

The preparation of Goya is the same as that of Salmon Goya Champuru and Stirfried Goya and Mackerel. 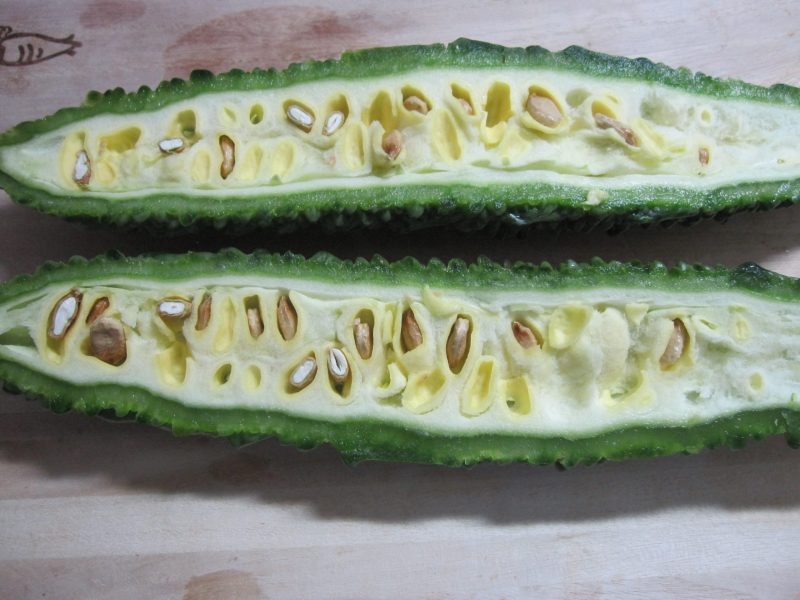 First, you cut goya into half. 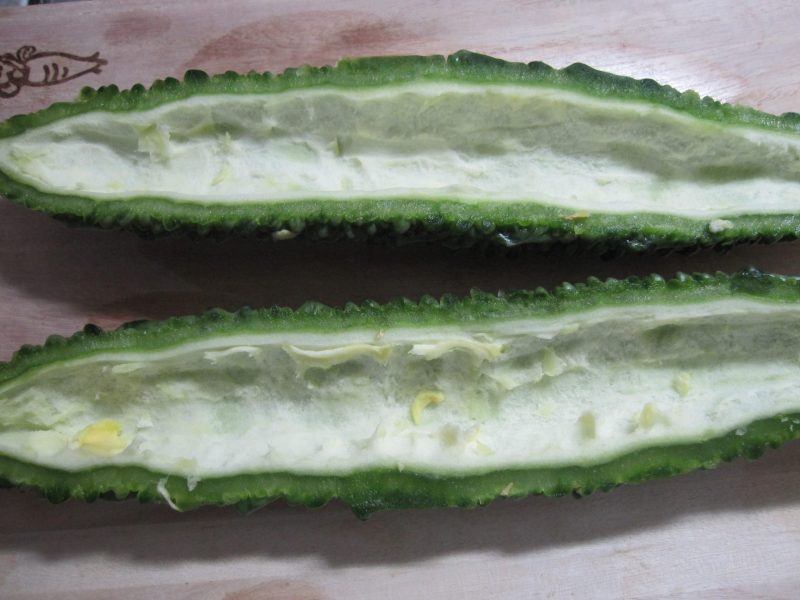 You scrape the inside off. 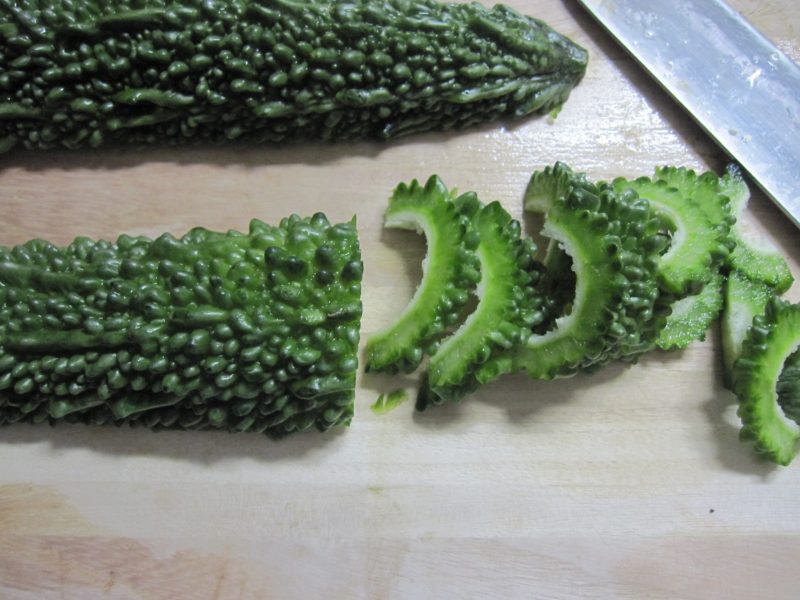 Next, you slice them. 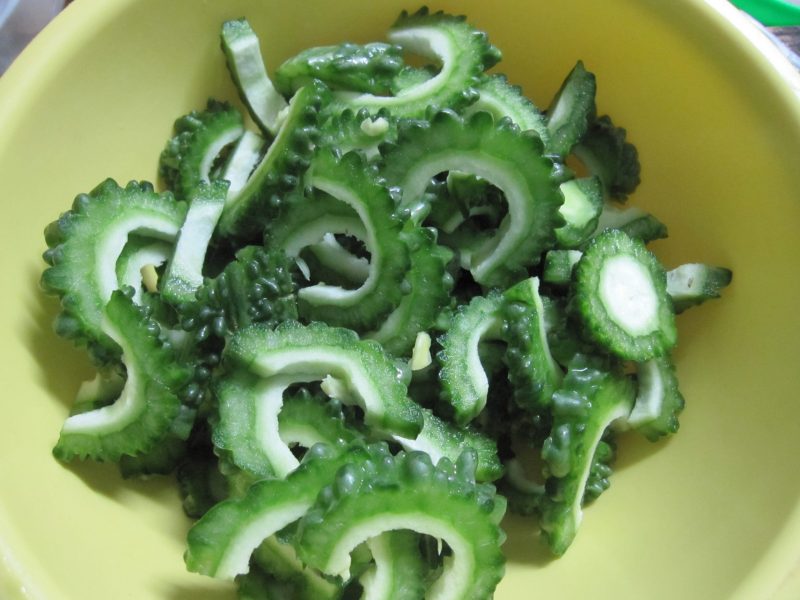 Then, you put them into a bowl. 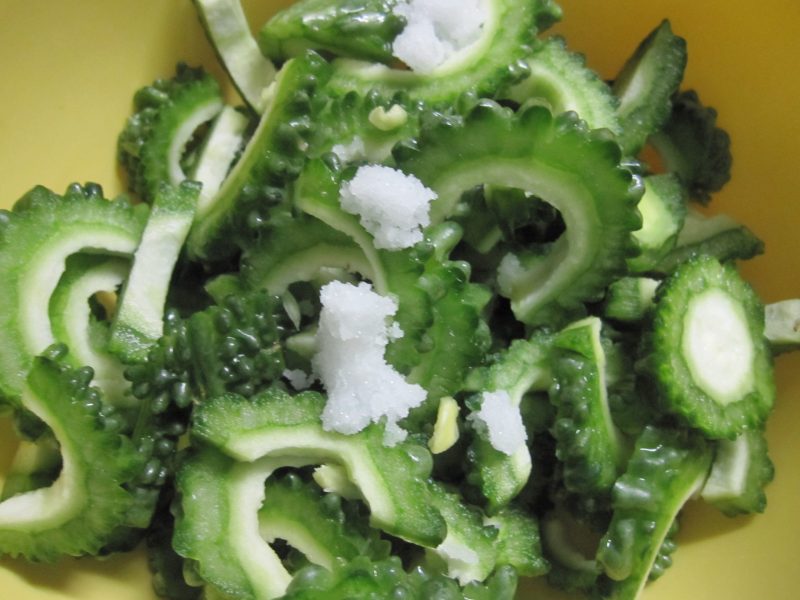 You put some salt. 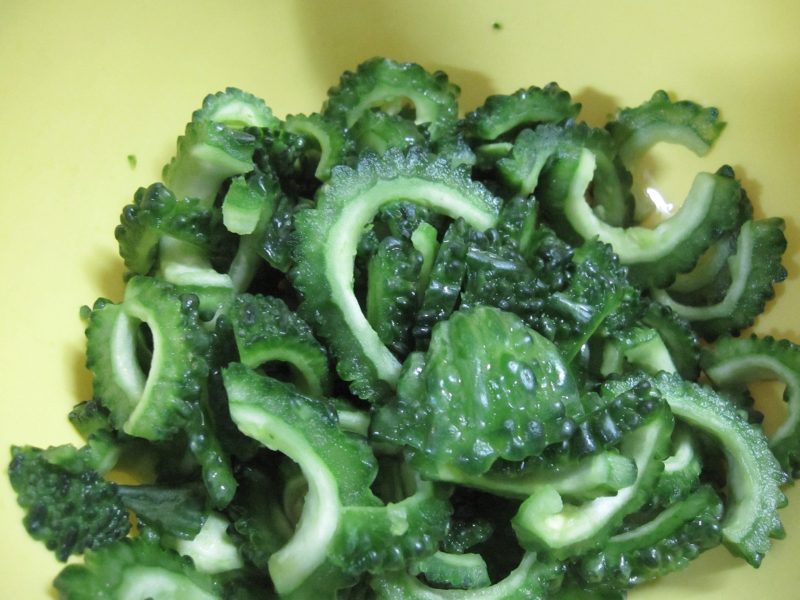 And mix them together.

You leave them in the bowl for one hour.

Then, you squeeze goya to remove liquid as much as possible. In this way, the bitterness goes away, too. 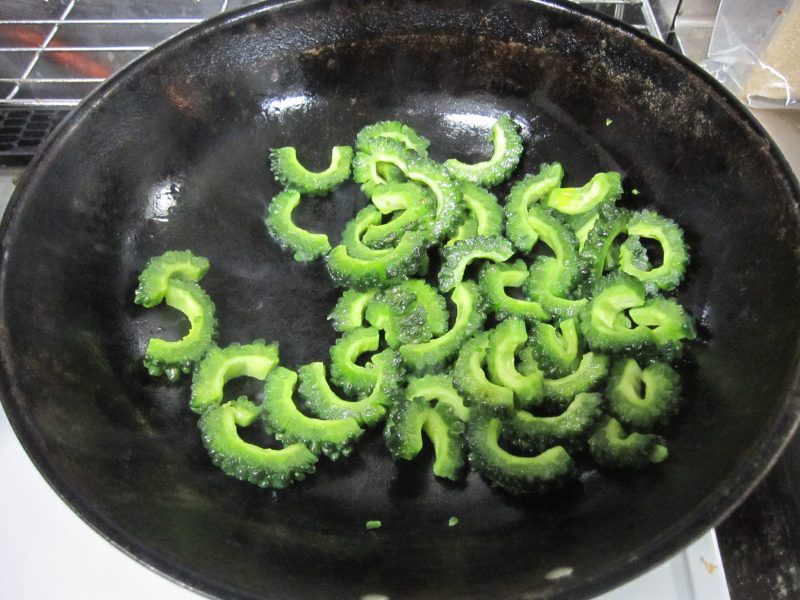 Next, you put sesame oil on a frying pan and put Goya on it. 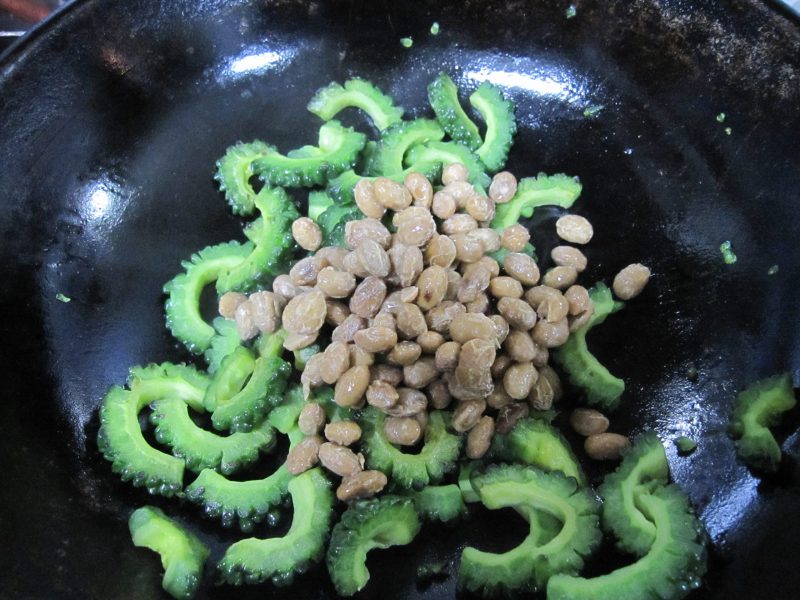 After stirring Goya for about 5 minutes, you add Natto, and mix it with Goya. You don’t need to cook Natto, only 30 seconds is enough. 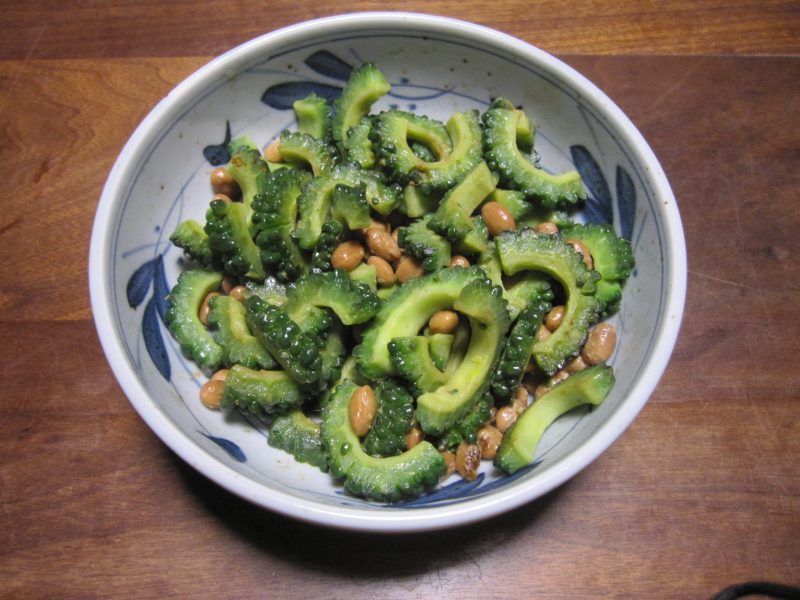 Then you pour soy sauce. 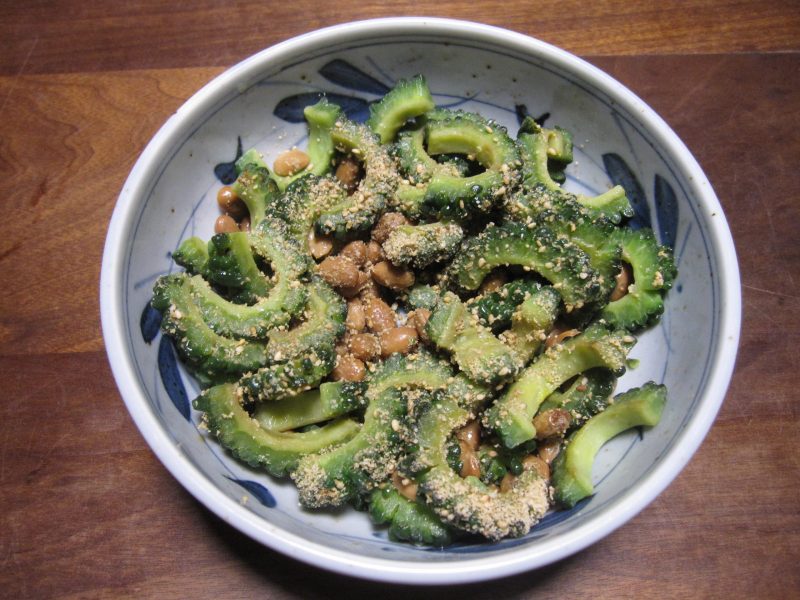 If you don’t mind using some seafood, you can put bonito flakes, which adds flavor. With mayonnaise, it is even better.

You can also make Goya champuru with Natto. You use Natto instead of salmon in the Salmon Goya Champuru recipe.