This is a picture of the first sunrise I took from my local shrine. Usually, I can’t go anywhere to see the first sunrise on New Year’s day because new year’s morning is the busiest time in our neighborhood.  We have a ceremony at our local shrine around 7 am, and one person from each household is supposed to attend it. This winter, our group was in charge of the shrine, and we had to be at the shrine at 6:30 to prepare for the ceremony.

Just when we finished the ceremony, the sun rose, and we could all see it from the shrine.

After that, I went my first jogging of the year. I ran about 6 kilometers, including some trial run. 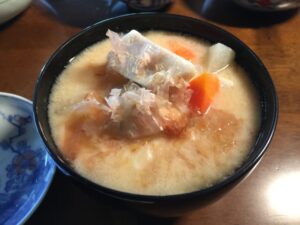 For breakfast, we had Ozoni, which is a miso soup with mochi, rice cake, taro, and carrot. It is a typical new year’s dish. We eat mochi in the new year, and there are different ways to eat mochi, but Ozoni is the most common mochi dish to be eaten on new year’s day.

We didn’t make Osechi, which is another common new year’s dish, because we usually spend the new year’s holiday at my parents-in-law’s house, which is just 5 minutes away by car. 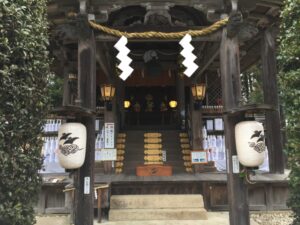 I visited the main shrine on the second day. Our local shrine is much smaller than the main one, and I usually go to both shrines.

So, it is 2023 now. What are the keywords in this year’s Ikigai Biohacking?

I uploaded a video on them.