We need to take Shugendo’s influence into consideration when we talk about Ninja diet. That is what I said at the end of my post Ninja Diet.

I am sure Ninjas had some contacts with Shugendo practitioners since there are many Shugendo’s mountains near Koka and Iga. Shugendo is a kind of mystical spiritual practice involving hard training in the mountains. Do you know Princess Mononoke, Hayao Miyazaki’s anime?. A character called Jikobo in the anime practiced Shugendo.

I used to live in a village where people practiced Shugendo, and the photo is a picture of me doing Takigyo, one of the most common Shugendo training. 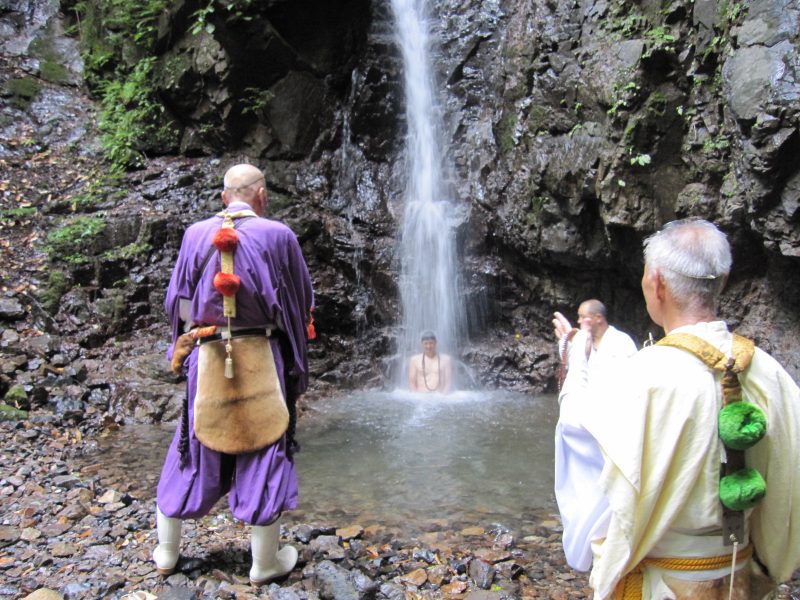 I lived in a village called Kumano in Hino Town. It is at the foot of Mt. Watamuki, and it was built by Yamabushi, practitioners of Shugendo, from Kumano area in Wakayama. 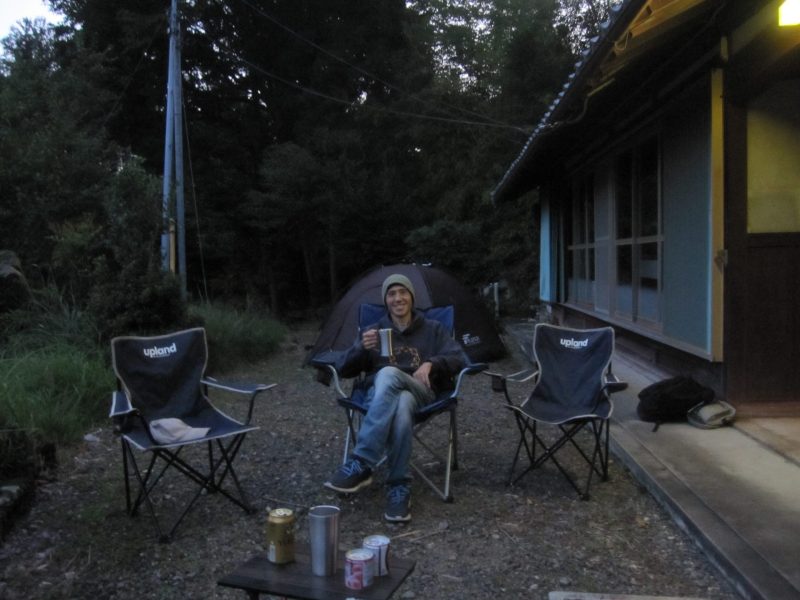 That is the house we used to live in. You know where we camped a few weeks ago. 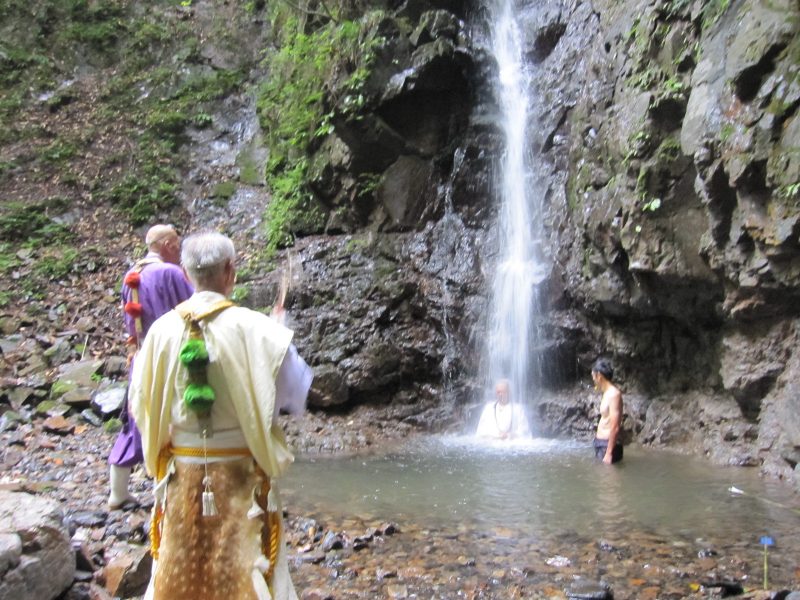 So, I know a little about Shugendo. Mt. Watamuki is a mountain of Shugendo and there are many mountains of Shugendo in Shiga where Koka is located in, Mie where Iga is located in, Nara, and Wakayama. People in our village used to go to Mt. Omine in Nara, the mecca of Shugendo to train once a year. It is called Gyojako and someone representing the village had to go there every year. Takigyo, standing under a waterfall, I conducted was part of an annual ritual the village holds.

Therefore when I thought about Ninjas being from Koka and Iga, I wondered about the connection with Shugendo.

When I checked, I found their connection. Yes, they were indeed connected. Many of Yamabushis became Ninjas. Some skills in Ninjutsu, martial art practiced by Ninja, come from Shugendo. In a way, Yamabushis are forerunners of Ninjas, but Yamabushis continued to exist after Ninjas appeared. Yamabushi’s main role was to conduct spiritual practices, while Ninjas worked as spies.

So, what does it mean for Ninja’s diet?